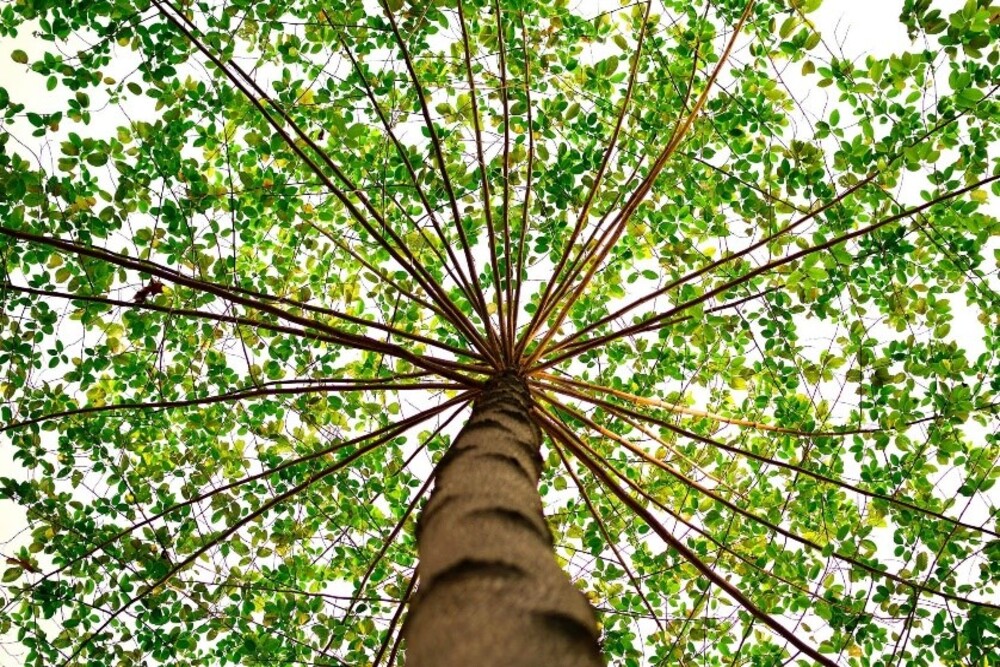 Gazzotti presents an absolute exclusive in the parquet floor world, the revolutionary Pronto Parquet ECOPUR®, which purifies the air and creates a physical barrier against the proliferation of bacteria and viruses. A unique coating of worldwide quality, in complete harmony with nature, which doesn’t release harmful and dangerous substances into the air and has a direct effect on the quality of life of people and on the spaces they live in.

The active ingredients of ECOPUR®, based on special blends, allow to guarantee performances never achieved so far. Natural and inert processes based on mineral salts they favor the ionization process, capable of breaking down the atmospheric dust and ofactivate the oxygen molecules, making the air we breathe healthier and cleaner.

Not only safe and eco-sustainable surfaces. The ECOPUR® finish also gives new properties for floors and walls, improving their aesthetics and healthiness. 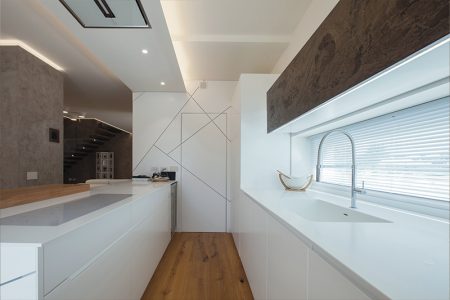 Gazzotti Pronto Parquet with ECOPUR® finish, natural and certified, frees up environments from smog, microbes, dust, mites, pollen, germs, bacteria and viruses, even the most dangerous and resistant, like Coronaviruses. Fights unwanted odors and refreshes all spaces, as a great tree would.

ECOPUR® is the ideal solution to take care of your home and your own family. But also to purify the air in public and community environments and spaces such as bathrooms, offices, hospitals, schools, kindergartens, nursing homes and hotels. It makes environments more hygienic and safe, easier to clean and maintain over time.

The essential feature of ECOPUR® is the ability to emit in any condition of light and dark, 24 hours a day, negative ions on the surface and in the surrounding environment, purifying the air without consuming energy.

In nature we see a delicate balance between negative and positive ions. The latter originate from smog, from household appliances, from cell phones, from the lack of ventilation of the rooms and the absence of plants.

Negative ions are generated naturally during thunderstorms, from water courses, from streams, waterfalls, the sea, plants. The mountain air is full of them.

The greater the number of negative ions, the greater are the benefits for both the body and themind. The effects are tangible on physical and mental performance and on the improvement of health in general.

The negative ions generated by ECOPUR® are loaded with particular natural active ingredientscontained in the product. Through the electrification of oxygen on the surface, they formmolecular aggregates called clusters. These, thanks to the increase in volume and the greaterdensity, higher than that of air, favors gravitational abatement and deposit of the airborne particles dispersed. The negative ions emitted by ECOPUR® cause it to fall to the ground the microscopic particles of PM 10, particulate matter, smog, pollen, germs and bacteria that floatin the air, preventing them from being inhaled.

The preventive action against bacterial and viral proliferation has been certified by prestigious institutes and third-party laboratories recognized nationally and internationally, which have proven their adherence to the strictest rules of the International Standard Organization: ISO 22196: 2011, ISO 18184: 2019 and ISO 21702: 2019. ECOPUR® is suitable in contact with food.

With Pronto Parquet ECOPUR® Gazzotti meets the design needs of Architects and Designers attentive to the well-being of people and environments, allowing you to protect andalso to color the surfaces and to feel safer at home.

This website uses cookies to improve your experience while you navigate through the website. Out of these, the cookies that are categorized as necessary are stored on your browser as they are essential for the working of basic functionalities of the website. We also use third-party cookies that help us analyze and understand how you use this website. These cookies will be stored in your browser only with your consent. You also have the option to opt-out of these cookies. But opting out of some of these cookies may affect your browsing experience.
SAVE & ACCEPT
On this website we only use cookies to monitor access (count only) and to personalize the user experience, through personalized offers. By enabling cookies, you will allow us to give you a better experience on this site
Privacy - Cookies Ok
Go to Top